Too bad the great wandering samurai Sanjuro, played by Toshiro Mifune in the great 1962 Japanese movie of the same title, never crossed paths with Ashley Bulgari in her own warrior duds! Even the famously cool Sanjuro would have been hard-pressed to resist Ashley as she displays her deadly sword with its jeweled handle. But he might have been really flummoxed when she opens her coat to reveal her crotchless panties! Licking the shaft of her sword, she quickly settles down with the elaborately carved handle, licking it while she plays with her snatch. Even the wily Sanjuro would become befuddled at the sight of this blonde assassin as she crams the handle into her pink hole. Standing on a ledge, posing on her shiny black thigh high boots with her weapon at her side, she braces herself on a human skull–perhaps one of her victims who wasn’t quick enough for her many skills? Sanjuro, be warned! Tangle with this roaming hottie, and try to make yourself her master, at your peril! Perhaps you could defeat her in a sword fight–but could you best her in bed?? Look at that asshole as she splays apart her cheeks! And observe how fearlessly she keeps banging herself with the hilt of her weapon! And are you ready to advance closer as she gets into the doggie position on the ledge, her butt up, her high heels kicked skyward, even as she licks on the sword handle? Is she inviting you for a session of love, Sanjuro–or to a duel, with a surprise move that could mean your last breath? 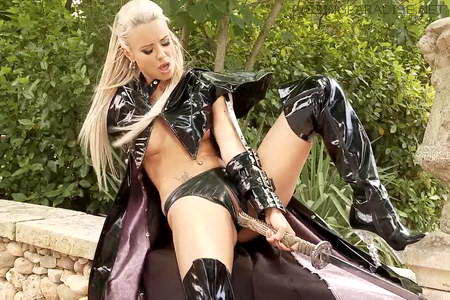 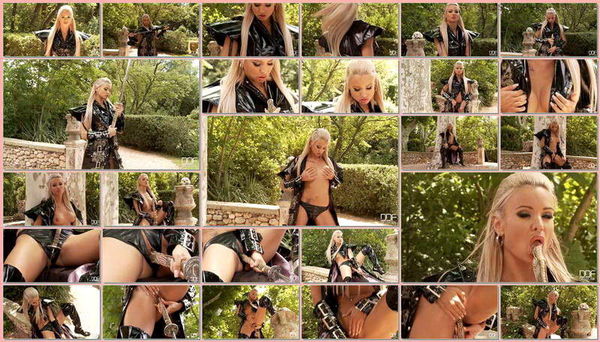 She Does Whatever He Wants!
Latex dream machine!
Maria Pie and Rossy Bush Watch Themselves Fucking in The Mirror
Domination in the pool hall!
Schoolgirl peeing for teacher [Part 2]
RimBnB App Ep1: The RimBnB App
Gym Instruction - A Facial Mask of Golden Shower and White Spunk
Pretty Student Schools Her Teacher on Feeldoe Fucking